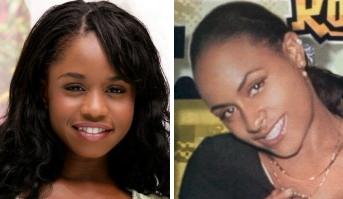 57-year-old mechanic Lonnie Franklin Jr. was arrested on July 7, 2010 and charged with raping & murdering 10 women in Los Angeles dating back to 1985.

The murders began in 1985 in South Los Angeles. Franklin took a 14 year hiatus after his last murder in 1988 but began murdering again in 2002. His last confirmed murder was in January 2007. All of his victims were found outdoors, a few miles from downtown Los Angeles, in either alleyways or dumpsters. He was first dubbed “The Southside Slayer.”

All but one of his victims are black women. One of his suspected victims is a black man. It’s believed that Franklin murdered Thomas Steele because either Steele knew about Franklin’s history of murders or was possibly a friend of one of Franklin’s victims.

One woman who survived an attack in 1988 described the suspect as a black man in his 20s, driving an orange Ford Pinto. She said he picked her up, shot her in the chest, raped her, and then pushed her out of his car.

During his arrest in July, authorities found in his home over a thousand pictures and hundreds of hours of video of women. The LAPD have now released the pictures on their website lapdonline.org in hopes of identifying the women. Police have said they are sensitive to the embarrassment the release of the pictures could cause the women but had decided that the need to identify the women outweighed the potential harm.

The Los Angeles Times quoted a neighbor who said Franklin was a retired trash collector, and the gap between killings corresponded with a time he was on disability. Neighbors told City News Service that Franklin once worked as a mechanic for the LAPD, and his estranged wife may have also worked for the department. Neighbors say they never saw his wife but his grandchildren often visited.

Prior to releasing the pictures, detectives had asked Franklin’s wife to review the images in order to identify family and friends. She refused to help.

Neighbors who gathered near Franklin’s home after his arrest contended that one of Franklin’s nephews led police to him.

“I had an interesting weekend and was tripping out,“ she says.

Blue called the police and told them what she knew.

“This has been sitting real heavy on me,” she says.

One of the girls is a performer named Promise who had been with World Modeling. Blue found Promise’s picture. Being “crazy” was Promise’s claim to fame.

“She had a website up but you can see it really hasn’t been touched,” says Blue who got confirmation from several others that it was indeed Promise. Another girl from the business, Ms. Paris has also been identified from a photo. The third girl has been tracked down but she isn’t talking to anyone.

Jim South of World Modeling couldn’t add much more because when he shut down his business in 2006 he got rid of most of his files.

“So if she [Promise] had been with me, I have no number, no address, no way to reach her.” The last time Promise did anything with South was back in 2003.

Lonnie Franklin Jr. has pleaded not guilty and is in custody awaiting trial. In July, he was attacked by another inmate at the Los Angeles County jail in an attorney waiting room. Antonio Rodriguez broke free as he was being handcuffed and punched Franklin several times in the head. Rodriguez has been convicted of raping & murdering a 5-year-old girl.